Felix is my mentored. It’s obviously not his real name. The children’s real names can’t be revealed – in their protection. Let’s say it’s a code name. Yesterday we couldn’t have easily gone through the airport check-in, but by today the police closed his ongoing cases and his guardian says we’ve got green light, we can’t be stopped… and she is right, we get on the plane easily. Off to Sri Lanka! I feel a bit like in a movie, unable to comprehend that the above-mentioned information is real. Especially whit this big-eyed twelve-year old kid on my side talking about how cool he is and how many people has he beaten – severely! -, though I can see the willies on him. No wonder as he hasn’t flown before. I give him a chewing gum for the flight. He is chewing very seriously – as a gum should be chewed. This is the third time I see him, or anyone else in the group as a matter of fact, except Peti, another mentor, who I’ve known since high school – it’s a coincidence that we’re here as mentors at the same time. 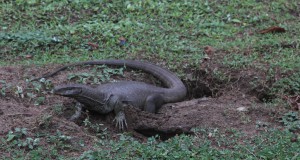 I have no idea what’s going to happen but I’m very excited. I’ve been writing a TV series for the last few months, cooped up with a laptop in my apartment from dawn till dusk. The only thing I know is that I need to get out for a little while and LIVE my life at any cost. I miraculously get a two month unpaid vacation and I know that it’s a good sign. I can’t exactly explain why but I really want this. Even if ‘this’ means to be locked up at the end of the world with four troubled kids, four other mentors and a psychologist with a special work method. We’re going to the Batapola road in Kahawa. No house number, just ‘Mister Gamini’s house’. This is that certain adventure therapy program for ‘problematic’ kids on the tropics starring Pál Vaskuti as the leader. And now for two months I’m a mentor here – whatever that means.

The damp, hot air hits me as we exit the Colombo airport, where Pali’s driver, Chami is waiting for us, who will later tell us about loosing the love of his life Isa in the tsunami and that she still visits him in his dreams. But all we know for now is that Pali introduces him as Elephant and if we ask something, he replies with the distinctive and lengthy head nod of the local people as he smiles and says “hari-hari”, leaving us confused whether he tries to say yes or no.

The therapy already starts in the car as we barrel down the left side of the road from Colombo to Kahawa. Life and therapy are crossing each other and are not easily distinguishable in Pali’s special method. In one moment therapy serves life’s purposes, the next moment life serves the therapy’s purposes. Every sentence can be reversed and then turned back again. Every sentence can be taken seriously, can be laughed at, and obviously can be used for the sake of healing. It reminds me a little bit to the theatrical improvisation technique we used for years with the Secret Society in Jurányi Street. We called it ‘theatrical jam’. The point was to mix our own personalities and stories while improvising while staying inside a certain fictional framework and – just as here – it wasn’t easy to tell the difference between theatrical play and reality, where’s the line between fiction and instinctual reactions. Chami steps heavily on the brake all of a sudden, and as if nothing could be more natural, a monitor lizard crosses the road in a leisurely manner. We are staring at it.