It’s hard to say what kind of knowledge I had on Sri Lanka before a certain discussion with Pali (Pál Vaskuti, the leading psychologist of the Chance Program) on a February (maybe March) evening. Our cooperation came into play the first time we’ve met. Until then Sri Lanka was on the periphery of my interest, now it is front and center. I’ve sensed my place and role in the concept of Chance Program right from the beginning: as an enthusiastic social worker I had no intent other than to fully experience the will to help until it’s intense and taintless as it seems to fade away as the years pass by. The program led by Pali seems the best possible way for that as we work with kids in help and Pali is a person who helped the youth throughout his life. 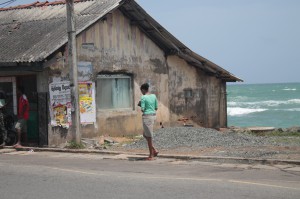 So Sri Lanka according to the Wikipedia is a water drop-shaped island south of the Indian peninsula near the equator, hosting 20 million people. Mostly two ethnic groups, the Singhalese and the Tamil shape the population. Sri Lanka is the fourth fastest developing country in the world. Part of the Portuguese/Dutch/English colony until the middle of the XX. century, such as many other countries in Southern Asia. There has been a civil war from 1983 to 2009 which mostly affected the Eastern part of the island, the Southern part being a more peaceful area. We pitch our tent down South, the tent being a spacious house with four bedrooms hosting the five people staff (a psychologist, a kindergarten teacher, a theatrical director, a social worker (me) and my girlfriend Gyöngyi who is a hairdresser) and the seven people clientele, the seven ‘unmanagable’ teenagers. We’re going to live in Kahawa, the tiny Oceanside fisherman’s village, during the monsoon season. The first turn of the Chance Program is from June to August 2013. Our clients stay a month at least and three months at most and the staff is also going to chance according to the kids except for Pali, Pisti (theatrical director) and me – we stay in Kahawa for the full three months. 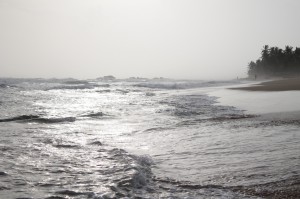 That’s all about the basics in short. I’fe you’re interested, you can find more information on the website www.chanceprogram.hu . This blog would like to be a travelogue, a diary, an objective calendar of events, including our successes, our tough and our light days. I’m absolutely sure about the success of this turn: Pali has wiped out a heroin-addiction from the face of the planet in the experimental stage of the program which everybody knows how hard it is to achieve, and I also have a close friend who got rid of serious drug addiction during a several month stay in Southern Asia. I’ve been to Asia, India and Thailand, and even though these countries are different from many aspects, they also carry the markings of the Far East which make the Far East what it is from the Western World’s point of view. These markings are the people’s overflowing and contagious love of life, the honest smiles, and the overall happiness despite not having much. To me, seeing this kind of mentality was such a huge life experience that concluded in thorough self-examination and determined my view about my life and also the human life on our planet. Besides the inner changes I also quit smoking and I can detect “the East” ingrained in me in many different ways. I’ve experienced myself what a change in environment can bring into one’s life. With Pali’s professional help, the program developed by him this trip to Sri Lanka will evoke great changes in the children in need of help and also us, mentors.

At the first collective meeting which included the participants, their parents and the whole crew, it came clear that we even have the most important factor: the children’s will to change. In my opinion, one of the best things that a person can live through in the course of a lifetime is the experience of great inner change. This program is solely about that and everything ang everyone is ready to go. It definitely won’t be a walk in the park however exotic and beautiful our setting can be. All of us are going to work hard and it’ll be a joy to watch these misfit teens growing into adults. I’m also sure that even though we’re going to have struggles, the results are going to outshine the tough times as it is the miracle of a child’s birth that’s remembered, not the pain of the labor.

Our plane departs on the 31st of May to Doha and from Doha to the capital of Sri Lanka, Colombo. Everybody is ready to pounce.