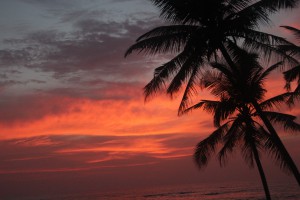 The number of people in our community went up to 19 again at the end of July with the arrival of Zsanna (mentor, Gergely Vaskuti’s wife), Borcsa (Dorka’s sister, 11 years old) és the 17 years old ‘K.’ who was diagnosed with Asperger’s syndrome (he was also here at last summer’s turn, you can get further reading on K’s story in the 2014 summer blogs). We were like this only for one and a half days because after their arrival, Lara, Lea, Marcus and Gábor travelled back to Hungary with Réka. Szilvi has also finished the work she came here for. She stays on the island for two more weeks, but she’s only meeting us to visit before her departure mid-August.

The nature of our community is way different with minors than with adolescents or young adults. The needs, the wishes considering leisure time are different. The age of the mentored from the beginning of August is 9-11-12-16-16-17 years, plus Eleonóra, who is adult. Another difference is that in the first two months the headcount was always around twenty, while in August we are only 12 people. We even mentioned at the first group session with this new line-up how weird it is that we all comfortably fit into the living room without having to get chairs from the other rooms.

We’ve played a lot in August with the little ones. We’ve seen new groups forming, like the one of Borcsa and Brigitta, often playing for 3-4 hours at a time, inventing new games in the swimming pool, always accompanied by a mentor. Borcsa was rather modest and unassertive in the beginning, playing with Brigitta was possibly the first step for her to open up. The soft-spoken Borcsa who always nodded stolidly to everything (giving no help about her wishes) started jumping into the water, screaming, swimming… soon she changed into a lively girl full of ideas and creativity. Her favorite games are jumping contest, different kinds of role-games, water polo, swim contest and even underwater singing.

As for the ‘senior mentored’, K. turned his room into the place for social life. He organizes film clubs and Xbox-contests, which were later joined by the juniors. The majority of our group gathered here after a while, and it is also the birthplace of on of Borcsa’s wisecracks. The first time when Zsanna incited her to join us playing Xbox games, she received the encouraging advice to ‘enjoy living social life’. Borcsa had so much fun with us in K’s room that the next day she approached Zsanna asking permisson: ‘Can I go play the Xbox? I’m really into this social life’.

For Pali’s birthday, which is at the end of July, we prepared a collective performance about Chance Program where half of the group joined in on the music with a song wrote together, while the other half was dancing or constructing the scenery. Though Sergei was singing and played the drums during the performance, he has developed a liking for the guitar over the rehearsal process. He has been playing the guitar ever since, by and for himself, sometimes for more than an hour at a time. We’ve celebrated Sergei’s birthday on the 8th of August – he received an acoustic guitar as a birthday gift from his family. He is so overwhelmed by his enthusiasm that even after breaking three out of six strings, he continued playing the same amount with the same spirit. Due to my experiences with participants in the Chance Program, in the beginning of this turn, I’ve had a feeling about how far we can get and how much we can get out of the real capabilities of Sergei. He managed to exceed my expectations by the half of the turn. So every bit of change and development with him in the second half is a sort of ‘bonus’, a surprise for me – a side of Sergei I didn’t even know exists.

We got a visit by Sergei and Brigi’s father, Eleonora’s husband, ‘Patrik’. Pali conducted a successful family therapy with them. Patrik’s arrival was in part important because of the birthday of his son, who said at the end of the day that it was the best birthday he ever had.

Bella, who spent her fifth month within the framework of Chance Program has become a full-grown woman. She turned out to be the most independent mentored. She was the one always getting up in time, getting ready and pretty, then taking breakfast with us (always washing her dishes after meals) and sat down to study all by herself, sometimes still learning the ins and outs of English language well into the afternoon. One of the most determinative moments of this turn – for me at least – is connected to Bella. During one of the ‘pre-trip tantrums’ of Dorka, while the mentors were contemplating the best possible solution, Bella went up to Dorka and offered her to help with packing. This kind of empathy was unprecedented with Bella before (naturally she is not obligated to help in a situation like this, so nobody was expecting her to do anything).

We went for a nighttime ‘perahera’ that was held in the village next door. It started at 11pm and finished at 2am, and it was the first perahera I’ve fully watched. Bella took selfies with elephants, while Dorka was heading to the flea market that formed along the road where the procession was taking place. She bought ice cream, a balloon and a collection of toy medical equipment that she used for curing our various diseases (which I’m pretty sure she made up). Brigitta bought an amulet containing a grain of rice that had the writing of Brigitta’s choice.

Gabi joined us in the middle of August. She is the mother of Dorka and Borcsa, and also Julcsi, who is the youngest member of the family at 8 months old. A week later, Gábor, Gabi’s boyfriend also came to our house. It was Dorka’s wish for him to join us because she felt that their relationship needed the most work.

The 2015 summer turn is finishing at the end of September, again with a reduced headcount. Most of the group heads home to Hungary. Only Dorka and her family stays for one week extra so that they can learn to use their new techniques and knowledge within the protected environment of the program; the psychologist Gergő, his wife Zsanna and K are also returning home in the beginning of September.

Gangster movie 3.1 – On the highway – Debris along the road
Brand new scenery