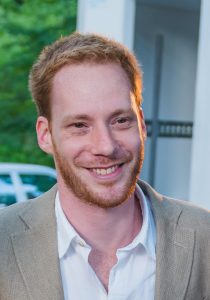 He earned his Masters degree in psychology at the University of Szeged in the Faculty of Arts in 2009. During university he was working with a teenager helping foundation where he led self-understanding and team buliding therapies. Gained further experiences as trainne at Vadaskert Foundation.

Between 2009 and 2010 he had a part-time job as psychiatrist at Deak Diák Elementary School. He is the psychologist of Budapest Council Templom street children’s home. He is giving therapeutic help, group therapies and recreational activities for troubled teenagers.

In addition, he graduated from criminology at Eötvös Loránd University’s Faculty of Law in 2012.

He is writing his PhD, his primary area of research is criminal offense of young adults and the problematics of prostitution.

He took part in the Srí Lanka adventure therapy for the fifth time as psychologist in the summer of 2015.