We had a rough start for this week: one of us had to travel home earlier than planned after violating four out of our five ground rules. The program wants to provide motivation for everybody, but that’s only possible if there’s acceptance on the other side too. It was the same this time on our part. We hit a wall considering Marci: we got to the point where he didn’t accept anymore help. 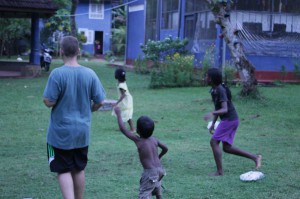 Since Marci is in many aspects at the level of a four years old child psychologically (egocentric worldview, only willing to deal with himself, no empathy, desperately trying to focus all attention on himself, etc.), the plan was to get him a kindergarten teacher as mentor in the first month, an elementary teacher in the second month, and a skilled psychologist in the third (last) month, so the goal of the psychologist would have been to work with Marci brought up psychologically to his actual age. But no matter how hard we were working on the individually designed plan, unfortunately Marci showed didn’t show the least amount of willingness to cooperate. Besides the continuous violations of ground rules, his presence also proved to be toxic because he was the instigator behind disobediences, pulling others in too – anyone he could. He was holding back the other mentored in the process of progression, and this proved to be too big of a sacrifice for the program.

Marci received the maximum of motivation and attention from us. This didn’t prove to be enough for him as he categorically refused assistance. We couldn’t maintain this situation any longer and we had to have him travel back home. When there’s no discernment of needing help on one part, the other part can’t help. 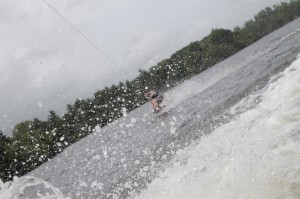 One of the favourite afternoon-activities – wakeboarding (Photo: István Kárpáti)

It really came clear how much energy and attention he needed once the dynamics of the group have rearranged after him leaving. We’ve spent our first days with no dominant figure among the kids and it courage them to reveal their true colors. In this case it means that everybody is bringing the symptoms representing their true problem. They are all a bit ‘tougher cases’ since they can let their own feelings out. Lots of hiding conflicts take shape and there are many cases of ‘fire-extinguishing’ – our term for an immediate response to a conflict. These new situations are great signs from the therapy’s point of view because they show that the kids started to really let loose, behaving naturally, as it really comes from them. Since we’re talking about ‘problematic’ children, this means that the problematic situations are multiplying, and therapy is the most efficient when the symptoms come clear.